Over the last few months, War Horse, the incredible stage production from the National Theatre based on the book by Micheal Morpurgo has been playing here in Sydney at the Lyric Theatre. I was fortunate to see the Sydney production 3 times and fell in love with the incredible puppets made by the Handspring Puppet Company in South Africa. I was deeply moved by the notion that very few of the animals used in war especially the horses did not return from the war and many were left behind. Out of more than 136, 000 Australian Horses sent to the first world war, only one horse returned- Sandy the horse of Major General Bridges who died in Gallipoli and requested that his horse be returned to Australia. 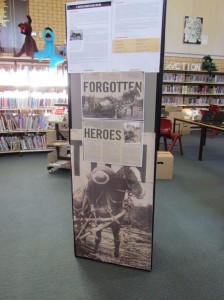 Image of a War Horse stuck in the mud of World War 1. 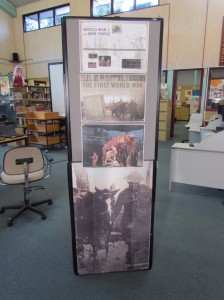 Images from the play of War Horse.

Using the play of War Horse as a foundation, and the education pack from the learning program for the play as well as my Goose puppet from the National Theatre of Great Britain, I created the display for term 2. The display focused on information about the Australian Light Horse Regiment as well as how the original story and play were developed. This way the display linked into the History, English, Creative Arts and Design and Technology curricula. I also used the vision from the Handspring TED talk about War Horse as well as the vision from the Making War Horse documentary and the Michael Parkinson Masterclass program that featured Micheal Morpurgo on the Library TV screen. This way students could see and hear elements of the play and appreciate the artistry of the beautiful puppets. 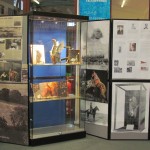 General view of the display wall at the front of the library including the display cabinet. 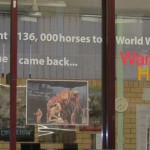 Photograph of the vinyl lettering to teach students about the 136000 horses sent to World War 1 and only 1 returned. 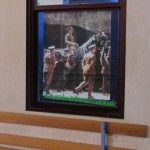 Photograph of Topthorn from War Horse. 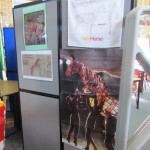 Image of the puppet of Joey from War Horse including the plans of how the horses are constructed. 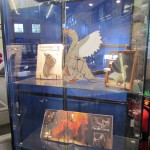 Contents of the display cabinet containing the Goose Puppet, Handspring puppet book and the program from the play 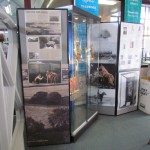 Side view of the display cabinet with information about the writing of War Horse as a story.