Day 17: Monday 14th July
Today Miss Hannaford and I went to explore one of Atlanta’s historic sites. You may have heard of a famous movie called Gone with the Wind and it also a very famous book written by Margaret Mitchell. The book was written in a very small 2 room apartment in Atlanta and the building where the book Gone with Wind was written, is now called Margaret Mitchell House. 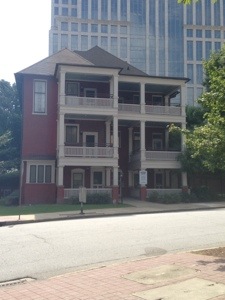 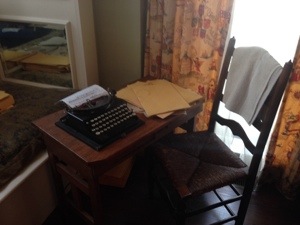 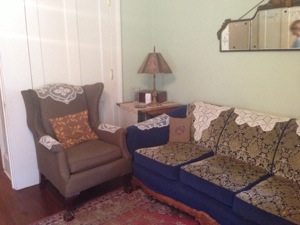 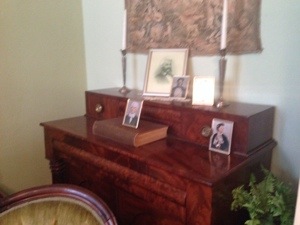 Gone with the Wind was the only book Margaret Mitchell wrote but she did also work for the local newspaper as a reporter which was a very unusual occupation for a woman in the 1920’s. She did marry twice but had no children. In the exhibition inside the main building, there is a place where you can try using a typewriter identical to the one Margaret Mitchell used to write her newspaper articles and to write the manuscript for Gone with the Wind. You have to press the keys harder than you do on a computer and in order to go to the next line, you have to push the slide next to the paper every time the typewriter goes ding.

Gone with the Wind is so famous that is has been translated into many different languages. 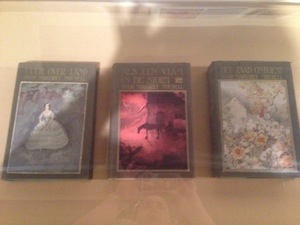 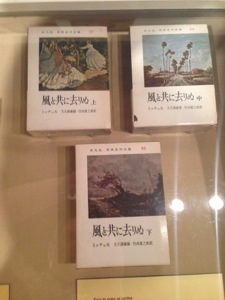 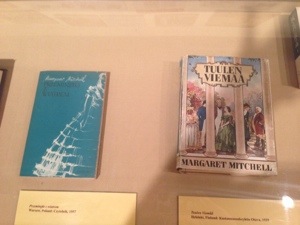 Gone with the Wind is set during the American Civil War between the Yankee Northern States and the Confederate Southern States. Much of the fighting happened in Georgia and Atlanta suffered a great deal of damage. The story opens in a cotton plantation in rural Georgia called Tara. Tara was recreated for the movie and the actual front door of the set for Tara now stands in the Margaret Mitchell museum and in the photo below that of the door, you can see how it looked in the film as part of the set! 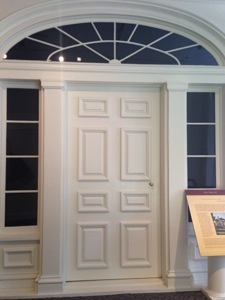 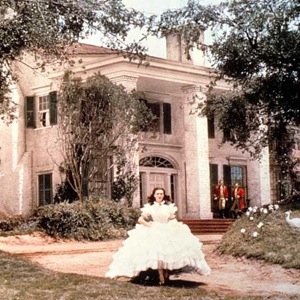 Another real movie prop at the Margaret Mitchell House is the original painting of Vivian Leigh as Scarlett O’Hara that hung on the wall during some of the scenes. 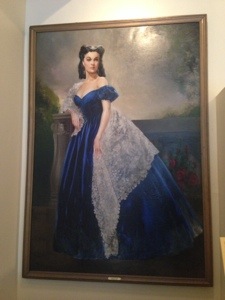 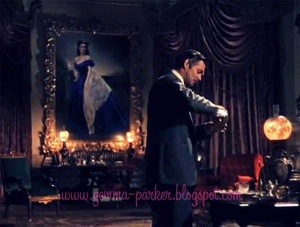 Day 18: Tuesday 15th July
This is a really special day when Miss Hannaford and I get to go behind the scenes at the Center for Puppetry Arts! Our day started with watching a puppet show based on the Dr Seuss book the Cat in the Hat! It was really funny and the staff at the Center gave me my very own glove puppet of an Otter to take home! Next Miss Hannaford was shown a very special room where puppets that are not on display are kept. These puppets are not on display because there is not enough room or the puppet needs some love and care from a museum conservator before they can go on display otherwise they will disintegrate as they are moved! Miss Hannaford saw Oscar the Grouch in his trash can on one shelf and at the back of the special room was a puppet from the film the Dark Crystal called a “Mystic”. This puppet is very special in the world but it is falling apart because of the material it is made from is rotting into tiny pieces. Fortunately, the museum has the moulds that the rotting pieces are made from, so the plan is to restore the puppet in the future. 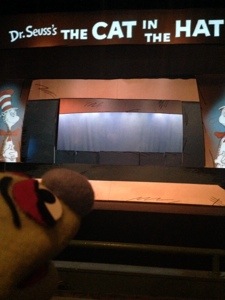 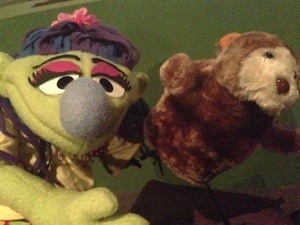 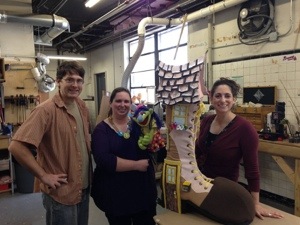 The last stop of the tour was with the education department about how they teach children, teenagers and adults about the world of puppetry using the classrooms in the Centre as well as over the internet using video conferencing. We had so much fun in the classrooms that they invited us back tomorrow so we could make our own puppets in the make a puppet workshop!

Miss Hannaford and I had the most amazing day and we can’t wait to go back tomorrow to make our puppets! – Lucy