Thursday 31st July
Today we visited Westminster Abbey. Westminister Abbey is one of the worlds oldest and most famous churches. Every King and Queen of England has been crowned here since 1066 and it also the place of famous weddings. Many famous people are buried in the abbey including Isaac Newton the man who ‘discovered’ gravity using an apple, and famous kings and queens of England including Queen Elizabeth I. 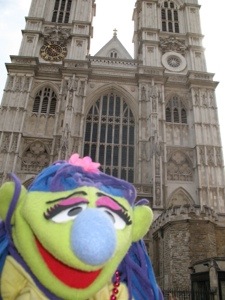 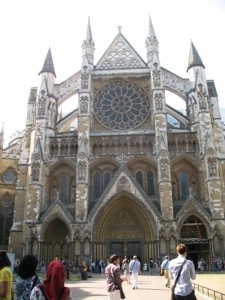 Since the Abbey is an active church, you are not allowed to take pictures inside the Abbey so the following photos have come from the internet.

Lady Chapel- oldest part of the Abbey with a very ornate ceiling. 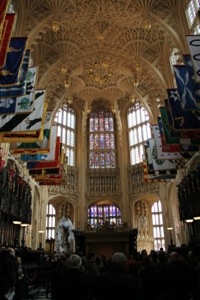 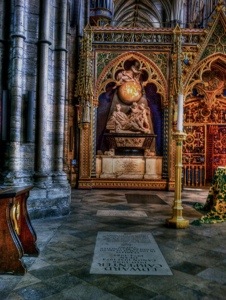 Tomb of Queen Elizabeth I 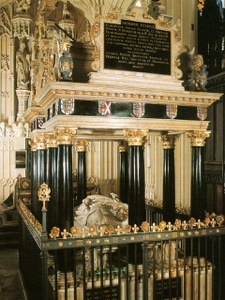 Miss Hannaford and I did a special tour of the Abbey with one of the Abbey staff and so we got to see a very special place in the Abbey right behind the altar- the Shrine of St Edward the Confessor. St Edward was the very first King of England and every King and Queen is crowned with St Edward’s crown while sitting in the ancient Coronation Chair which dates back to the building of the Abbey. 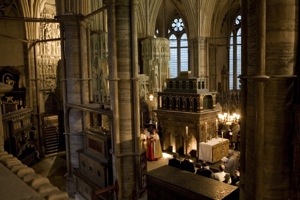 Shrine of St Edward the Confessor 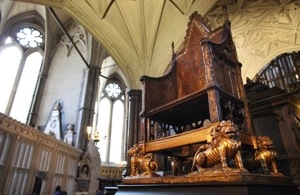 After visiting the Abbey, the next place we went to was Kensington Palace. This is the palace where Prince William, Katherine and Baby Prince George live some of the time. It is also the childhood home of Queen Victoria so there is a big statue of the Queen outside of the entrance to the palace. 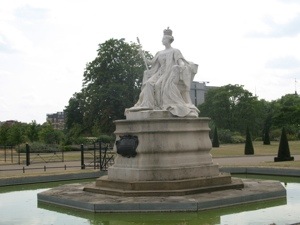 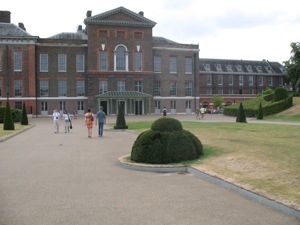 Inside the palace there are several exhibitions. A really interesting exhibition was how the palace was used during the reign of King George II including actors playing the part of the King and Queen and some of the Lords and Ladies who attended their court. George II reigned as King from 1727 to 1760. I got to see how the Queen got dressed in her enormous dress! The dress is wider than the doorways so when the Queen moved from room to room- she has to go through the door sideways! 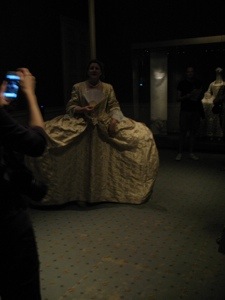 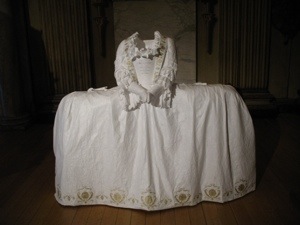 The palace walls are covered in huge paintings that start on the wall and go all the way up and across the ceilings and there is lots of gold everywhere as it was important that the King impresses visitors to his court with his wealth and power. 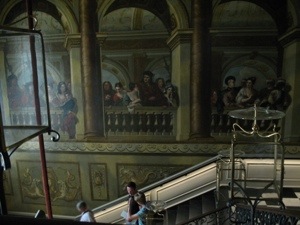 One of the other really interesting things we saw was a painting of Queen Victoria wearing a red military uniform and riding a horse inspecting the troops. The King or Queen of England is also the head of the military. Beside the painting in an exhibition case was the actual uniform Queen Victoria was wearing in the painting as well as her saddle. That uniform was over 150 years old! The photos are really dark because the objects are very old and light from a camera flash can harm very old objects by fading the colour or breaking down cloth fibres. 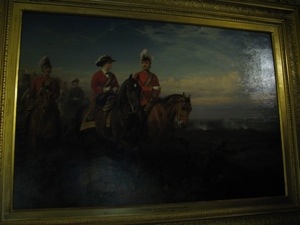 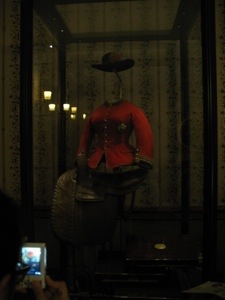 It was a very busy day and we need our rest for tomorrow’s adventure!
-Lucy