Day 54- 56, Wednesday- Friday, 20-22 August
Miss Hannaford has been making really interesting discoveries at the Wedgwood Museum the last 3 days. She has found hidden Egyptian Sphinxes on some of Wedgwood’s most famous sculptures that no one else who has researched Egyptian style Wedgwood has ever found!

While she has been working hard in the museum, we keep hearing really loud noises from outside, so I went to investigate and found huge munching machines pulling down the old Wedgwood factory building next door! One of the machines is very similar to a Tyrannosaurus Rex with a big jaw that reaches up and cuts straight through brick, metal beams and roofing sheets and throws them down onto the ground for a bulldozer to move into huge piles. I have seen big trucks full of building rubble go past the room where Miss Hannaford is working but now I know how the building is being demolished.

Here is a video of the T-Rex muncher pulling the building apart.

The very next day after I took that video even more of the building was gone- can you see what the T-Rex pulled down next? 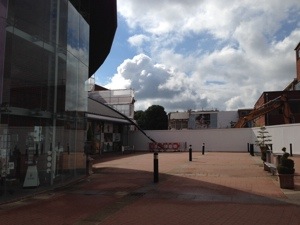 Here are some other photos of the old factory demolition that we have taken over the last few weeks while we have been at the museum. You can see how quickly that T- Rex machine eats through a big building! 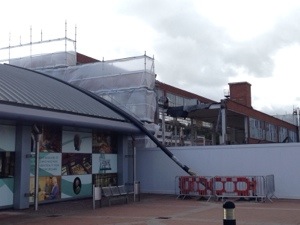 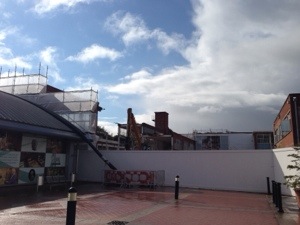 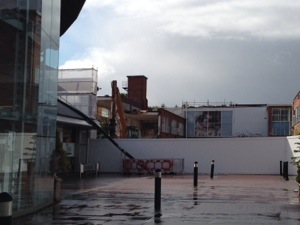