Day 59: Monday 25th August
Today is a Bank Holiday here in England which means it is a Public Holiday for everybody and the archive where Miss Hannaford is researching is closed for the day. It is also the last week of summer school holidays for UK students- their new school year will start next week. It is very cold and rainy today- very much like Sydney so Miss Hannaford decided that we will go and visit the Gladstone Pottery Museum which is not far away from our hotel.

The Gladstone Pottery Museum is unlike every other museum we have visited during the last 2 months. Gladstone is the last surviving complete “Potbank” in the world. Before electricity, pottery was fired by using coal fired kilns. The kiln itself was kept in a special building called a bottle oven. 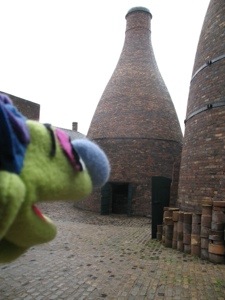 Gladstone Potbank was first opened in 1774 and it is called a pot bank because of the number of bottle oven kilns it has- it has a bank of kilns. The last time pottery was fired in the bottle kilns was in 1964. This type of kiln is not used any more because burning coal is very dirty and very bad for the environment and people’s health. All the machinery at Gladstone is run by a single steam engine- just like a steam train just without the wheels!
http://youtu.be/3l9A6_8kHjg

In the next room, you can see one of the machines that is controlled by the steam engine- the clay slip mixing machine where clay is mixed with water to make it runny so it can be poured into moulds.
http://youtu.be/qvrHQNsL0II

A really interesting room was the room where all the Saggars are made. Saggars are special clay containers that the pottery was put inside when it was fired in the kiln to keep it clean from the soot of the coal. Saggars were made in 2 parts- one man made the walls of the saggar but the man who made the base of the saggar has the most interesting job title- the Saggar bottom knocker. The saggar was shaped using the special wooden blocks you can see in these photos. 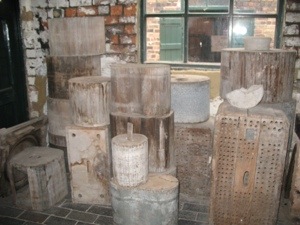 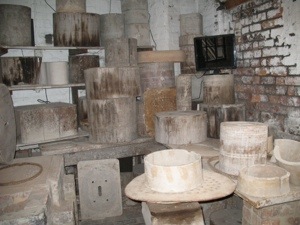 When the pottery was put inside the Saggar, another man called the ‘Placer’ would carry the 25kg Saggar on his head to the kiln and it would be stacked to the roof of the kiln- you can see what that looked like in these photos: 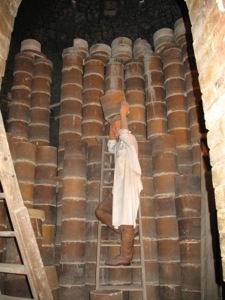 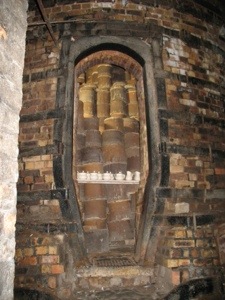 Here is a tour inside the bottle oven so you can see the actual kiln with Saggars inside!

Once the kiln was full, the door would be bricked up and the man in charge of supervising the firing- called the ‘Fireman’ would stay with the kiln for 3 full days day and night shovelling coal into the firemouths around the kiln. The temperature of the kiln and that space around it got to over 1200 degrees celsius! Being the fireman was a very dangerous job and it was even more dangerous for the men who took the blistering hot saggars out of the kiln. Burns, lung and eye damage were very common among the men who had the horrible job of entering the hot kiln and removing the saggars and taking the pottery out of the saggars! 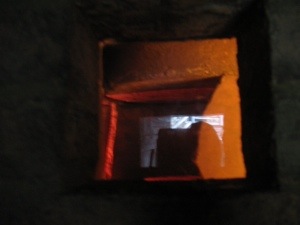 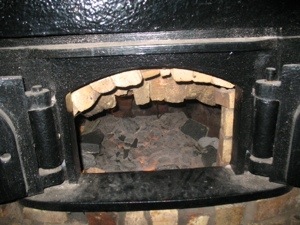 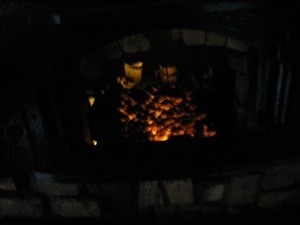 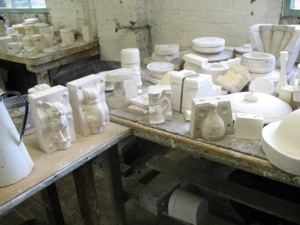 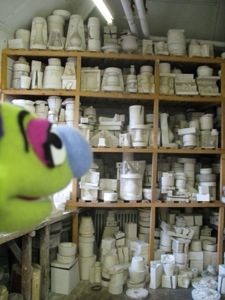 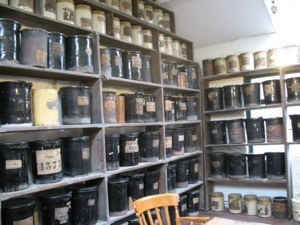 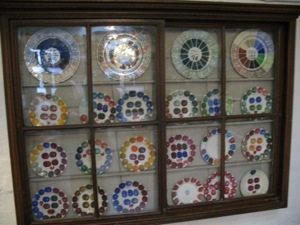 There are 2 exhibitions at Gladstone Pottery Museum apart from the factory display. One exhbition is about how tiles are made around the world and through history. It was really interesting to see the old fashioned press that is used to make tiles! 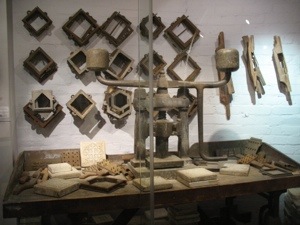 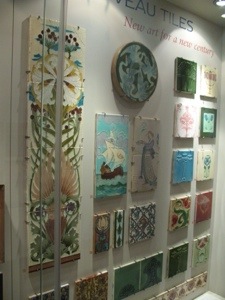 It was really cool to see one of the special tiles that were used on the Space Shuttle! 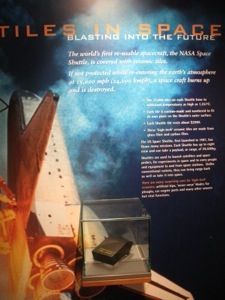 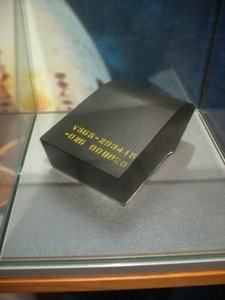 The other really interesting exhibition is the ‘Flushed with Pride’ exhibition all about the history of toilets! The exhibition starts with a recreation including the smell of an old fashioned street before the creation of sewers!

Here are some photos of the very unusual toilets! 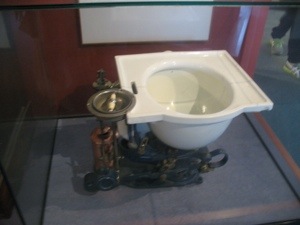 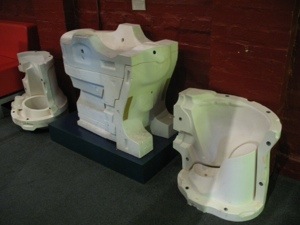 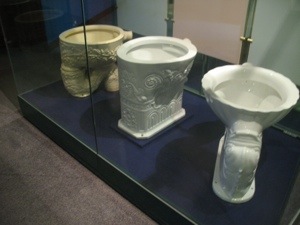 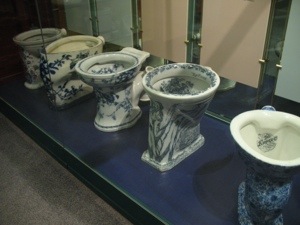 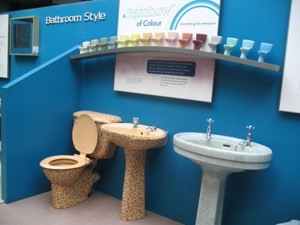 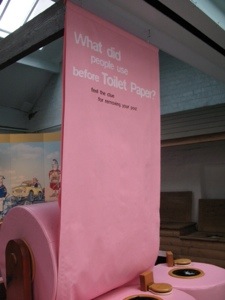 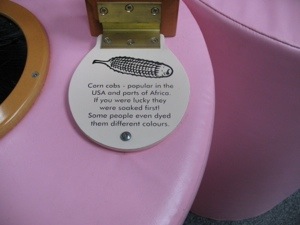 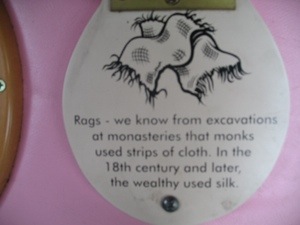 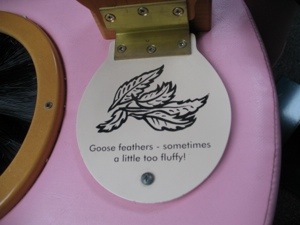 After the exhibition, Miss Hannaford went and painted her own little clay miniture bottle oven. 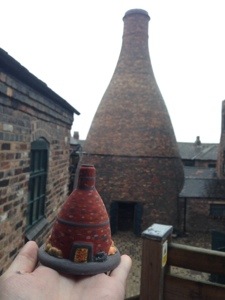 It was a really interesting day!
– Lucy