Day 71: Saturday 6th September
Today Miss Hannaford and I travelled by high speed train from Venice train station to Rome Terminus called Roma Termini. The trip is 3.5 hours long but because we were travelling first class, we had extra comfy seats, free tea and coffee and a great folding table so Miss Hannaford could keep working on her research. 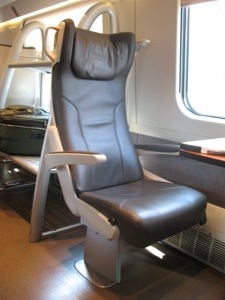 The train got up to 249km/h! It was super fast but we still could enjoy the Italian country side. 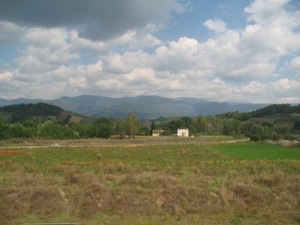 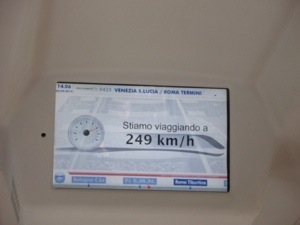 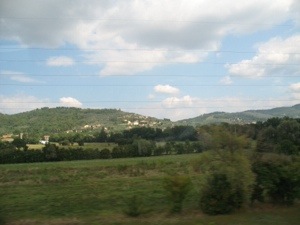 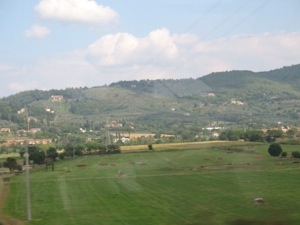 So we are now in Rome and we will go sightseeing tomorrow!

Day 72: Sunday 7th September
Today Miss Hannaford and I started our sightseeing around Rome by catching a hop on hop off tourist bus. We started with a complete circuit of Rome going past the Colosseum, 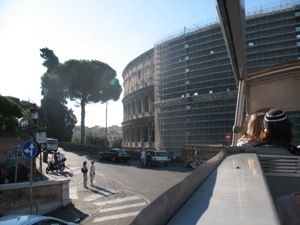 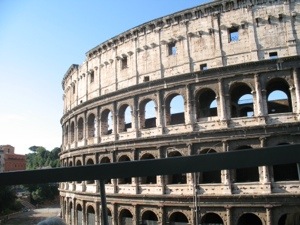 Then going past Altare della Patria (Altar of the Fatherland) it is also more famously known as the Wedding Cake because it is white and many many layers! 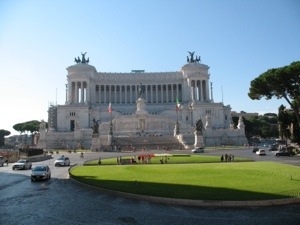 After the wedding cake, the next sight was Castel Sant’Angelo- Castle of the Angel- a really big castle right in the middle of Rome, next to the River Tiber- the main river through Rome. 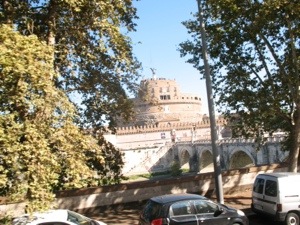 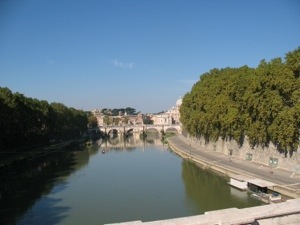 The next sight was of St Peter’s Square and the Basilica of St Peter- the largest Christian church in the world and home of the Pope. 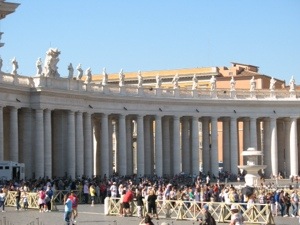 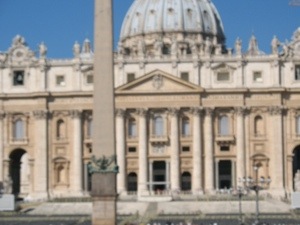 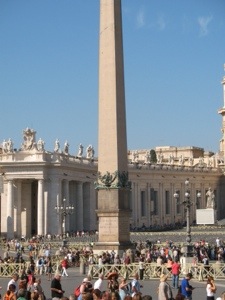 After completing the full circuit on the bus, Miss Hannaford and I decided to stay on the bus until it got to the Colosseum and get off then to explore the Colosseum up close. When you get off the bus the first thing you pass is the Arch of Constantine which was built in 315AD. It is a triumphal arch in that the Roman Army would perform a huge triumph parade though the major streets of Ancient Rome showing the people the spoils of war. The parade would go under all the triumphal arches in Rome to acknowledge past triumphs and if the victory was important enough, the story of the victory would decorate a new triumphal arch.

This arch was perfectly replicated in the 1963 moive Cleopatra. Cleopatra, the last Queen of Egypt entered Rome in a huge parade showing the Romans the treasures of Egypt and she herself arrived on a huge sphinx that just fitted under the arch. 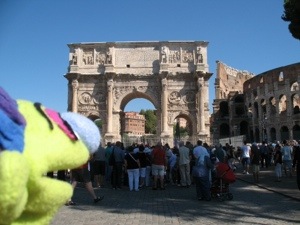 After walking past the arch, we joined a tour and went inside the Colosseum! The Colosseum was just like our modern stadiums. In the colosseum people would watch in the morning hunters fighting bears, lions, tigers, rhinoceros from all over the empire. Sometimes the animal would win and kill the hunter, but the goal was to kill these ferocious animals before the crowds. In the afternoon, the Gladiators would fight but not always to the death, sometimes the crowd and the Emperor would spare the life of the loser if he had fought well. In the photos you can see where some of the floor has been rebuit and under the floor were the cages where the animals were kept and the gladiators prepared to fight. 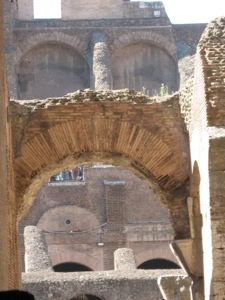 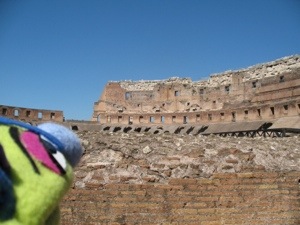 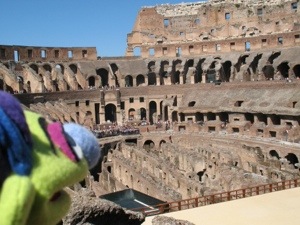 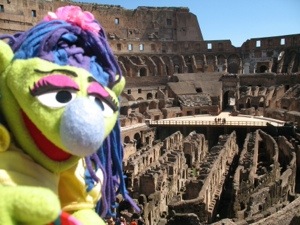 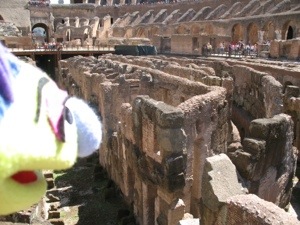 The Forum was where everything happened in Ancient Rome on a daily basis. It was where you did your food and clothing shopping, it was where the goverment met, it was where most of the temples were located, it was where all the dentists and doctors were. It was also where everyone went to take a bath in public so they could get the latest gossip (men and women’s baths were separate). This explains why the forum is so big! Until not long ago- the forum was covered in meters of soil because of the erosion of the surrounding hills. It took 2000 years to cover up the forum until archaeologists started to excavate the forum. In one of the photos, you will see a green door halfway up a wall with no stairs to it. That is how high the soil got when it buried the forum. 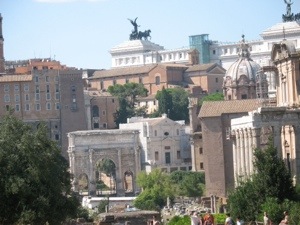 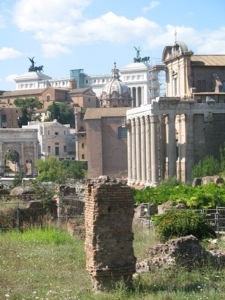 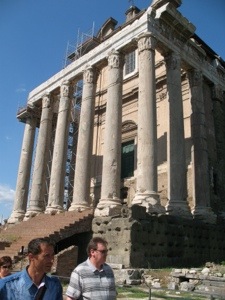 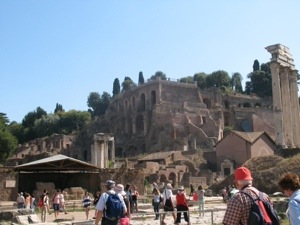 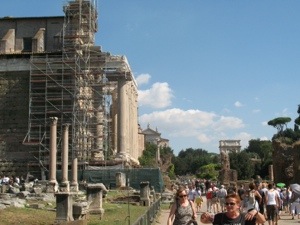 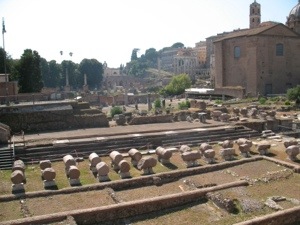 It has been a very interesting first day in Rome!
– Lucy