Day 73: Monday 8th September
Today we went out to explore more of the ruins of Ancient Rome. First we caught the underground railway called Metro from Roma Termini to Circo Massimo known in English as Circus Maximus. The Circus was where the great chariot races were held in a huge oval arena. All that is left of the arena now is a few walls where people sat to watch the race and the huge empty pit where the race was held. 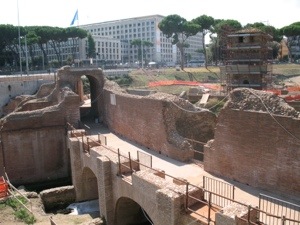 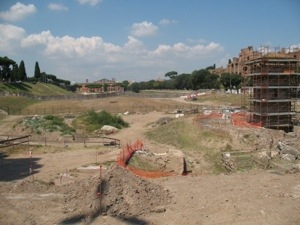 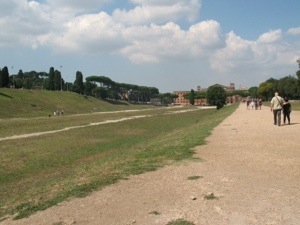 Here is a picture of what Circus Maximus would have looked like. 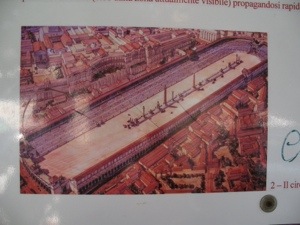 The chariot races were held as a form of entertainment in Rome. Each chariot was pulled by 4 horses and it was very dangerous. Most Romans went to the chariot race to either bet on a chariot much like people do today by betting on race horses or to watch the crashes.

This video clip is of a very famous Hollywood movie called Ben Hur which recreated the chariot race. 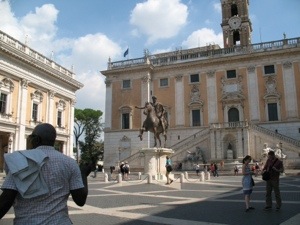 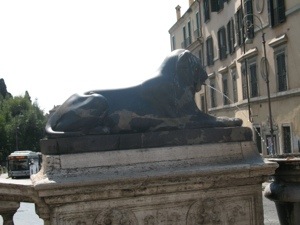 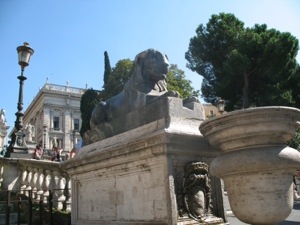 After eating afternoon tea in the park near the Altar of the Fatherland- we met our tour guide at Trajan’s Column for an evening tour of Rome.
Our first stop was Teatro di Marcello- The Theatre of Marcello because it looks just like the Colosseum. The reason it looks the same is that the design of the Colosseum was based on the design of Theatre of Marcello. You will see modern windows at the top of the building because people actually live there now! 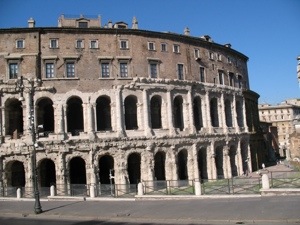 The next stop was right next door at a church called San Nicola in Carcere or Saint Nicholas in Prison. The reason we visited this church is that underneath it, you can actually see a real Ancient Roman pavement, and the space where shops used to be. Ancient Rome is approximately 7 meters under the Rome we can see. It was really interesting to walk where Ancient Roman people walked over 2000 years ago. 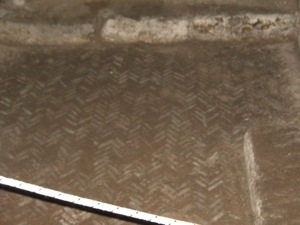 We then walked to Area Sacra which is where the ruins of Pompey’s Theatre are because this is the place where Julius Caesar was assassinated on 15 March 44BC. Miss Hannaford has always been interested in Julius Caesar so it was a great treat to see where Julius had died on the Ides of March. 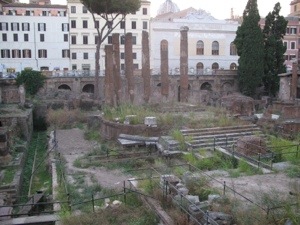 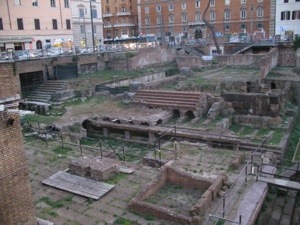 My favourite stop of the day was to see a sculpture of an elephant with an Egyptian obelisk on its back. The tour guide told a very funny story about how the Chief Engineer of Rome wanted to change the sculpture and he upset the artist Bernini so much with the changes that Bernini changed the trunk so that it made a rude gesture at the office of the chief engineer but also he turned the elephant around so that the engineer only ever saw the bottom of the elephant! 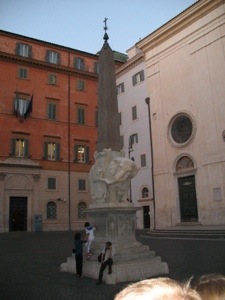 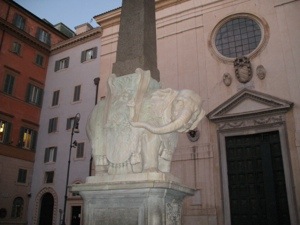 After the elephant sculpture we also visited the Pantheon and Piazza Navona but it was too dark to take any pictures.

It was a really nice day.

Day 74: Tuesday 9th September
Today was really hot and humid in Rome. We did catch a bus from our hotel across the River Tiber as Miss Hannaford wanted to find a puppet theatre she had read about but it was so hot we ended up buying a gelato and coming back to the airconditioning in the hotel. We spent the rest of the day getting organised and packed for the really big train trip tomorrow to Northern France.