Today we travelled by train to Brussels, the capital city of Belgium.

We left Charleville- Meziere at 8am and the first place we had to change trains was in Metz-ville in France followed by another train change in Luxemburg which is the capital city of the tiny country of Luxembourg. It was then a short journey of 2 hours to Brussels. The high speed trains in Europe have lots of really great features on board. Every seat has a power outlet so you can recharge devices like iPads and phones and several trains have either a restaurant car or serve food and drinks at your seat. 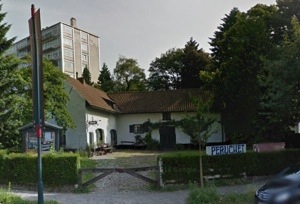 Here is a video about Peruchet Puppet Museum- even though Dimitri is speaking in French- you can see some of the puppets we saw and how they are displayed in the Museum.

After the puppet museum, we caught the Tram back to the centre of Brussels as Miss Hannaford had heard that there was a giant Smurf statue outside a quirky museum called MOOF! Did you know that the Smurfs originally came from Belgium? They were created by comic book artist Peyo (pen name of Pierre Culliford) in 1958. 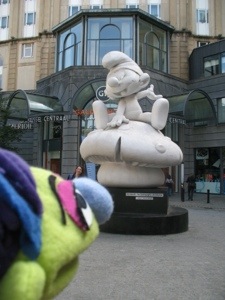 Other famous comic book series from Belgium that we know include Asterix written by by René Goscinny and illustrated by Albert Uderzo and Tintin by Hergé!

The museum MOOF! actually stands for the Museum of Original Figurines and is a museum devoted to figurines of all sizes of Smurfs, Asterix and Tintin! It is really interesting to see how all three comic book characters have similar designs and features. Miss Hannaford noted how the shows of Asterix characters are similar in style to the shoes of Smurfs! 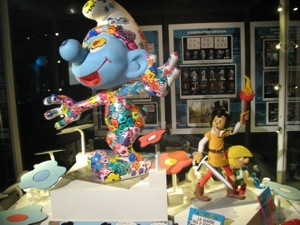 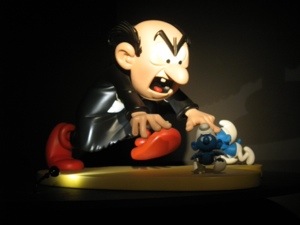 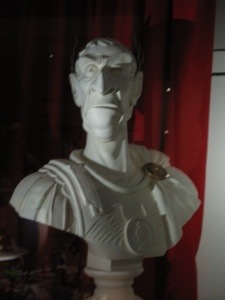 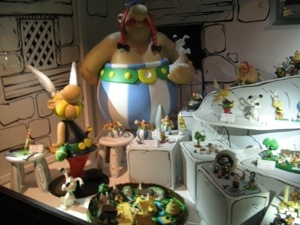 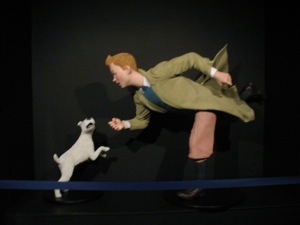 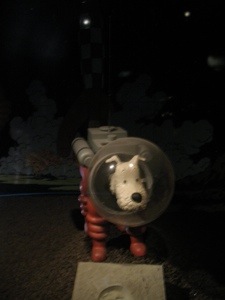 Also on display were original animation cells from Tintin showing how foreground elements and characters were painted separately from the backgrounds when creating an animation! 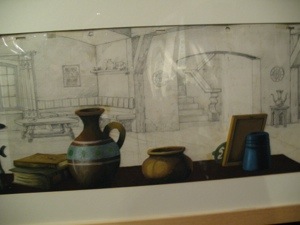 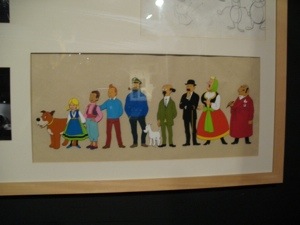 It was a really quirky way to end our visit in Brussels! Tomorrow we travel to our last city on this tour- Prague!