Today the puppeteering class moved to the television studio with real tv cameras!

The first exercise was to practise entering the camera frame, focusing the eyes of the puppet in the camera and having the puppet talk about where it was and where it will be going. This was so everyone could practise what we had learnt yesterday. Today, Molly, my pink travelling companion in the flowery dress, and Coco, the Terry Angus Dog were the puppets Miss Hannaford used the most in class.

We also worked on sharing the frame with other characters so that the camera shot had a nice composition. It can be really tricky to share the frame with other characters, especially when the puppeteers are different heights. Sometimes our teachers would have to sit on chairs in front of the class to puppeteer as they are much taller than Miss Hannaford and I, but they needed to be in front of the class so that they could lead the activity. 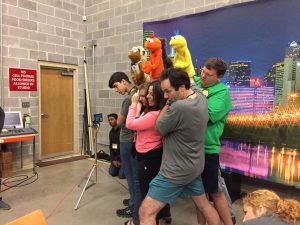 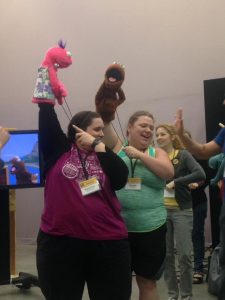 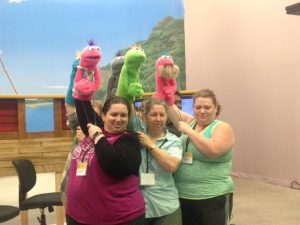 Other fun activities were

After our delicious lunch at a healthy sandwhich shop, it was time for the next puppet building class! 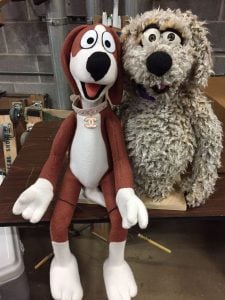 During class, Miss Hannaford started to add the bone structure to the face of her pirate using special curved foam shapes that went around the eyes. The process started by sketching the bone shapes lightly on the foam around the eyes that were going to be used. Then, Miss Hannaford used tracing paper to make paper patterns of the bone shapes on one half of the face. In this photo, the “bones” are just pinned on. 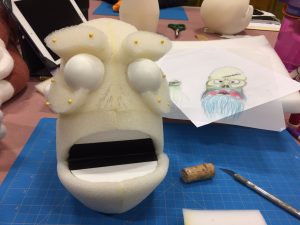 After class, all the students and teachers met after dinner to work on sewing, performance ideas or to just chat.

It was a wonderful day! 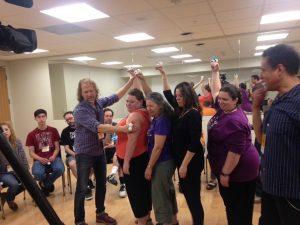 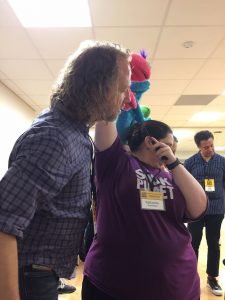 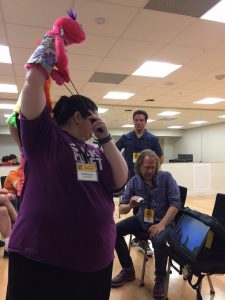 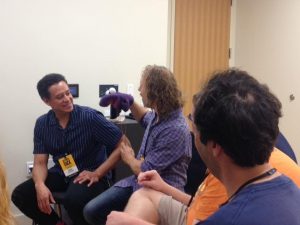 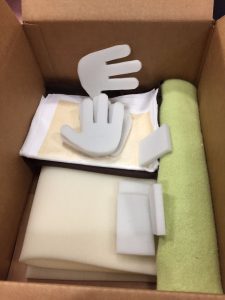 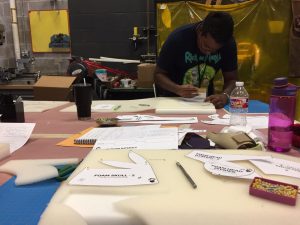 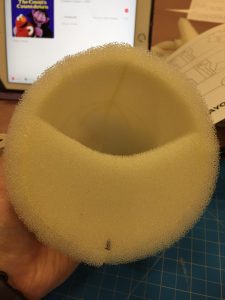 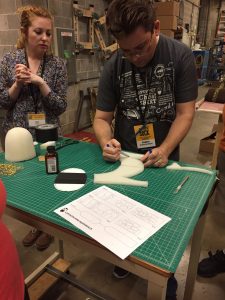 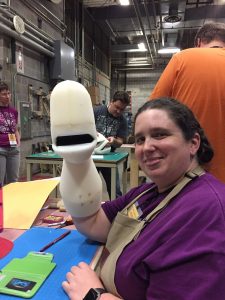 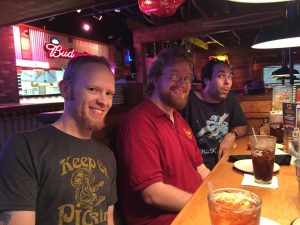 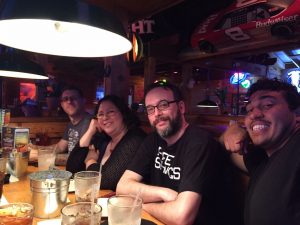