It’s the last day!!! Nooooooooo! So much has to happen today! First, in the puppetry class, Miss Hannaford had to learn her part of the group song- a karaoke version of the Travelling Wilbury’s End of the Line. Here is the normal version!

During the performance, each line has to be performed by a different student with their puppet! Next, we watched the playback of the who are you improv game we played yesterday, along with being given critique from our teachers on how we could improve our puppetry technique.

Something special happened for Miss Hannaford during the morning puppetry lesson. Miss Hannaford’s teacher, Peter, asked her to modify the puppet he was going to use during the show that night so that the puppet had 2 arm rods. It made her feel valued and respected as a puppet builder to be trusted with something like modifying another puppeteer’s personal puppet.

At 4:45pm there was the first and pretty much only combined group rehearsal of the finale of tonight’s show! Then it was a nice quiet dinner break for Miss Hannaford because for the first time at Beyond the Sock, Miss Hannaford’s puppet was finished before the deadline!!!!

At 8pm, it was showtime back in the main studio, but just before showtime, Miss Hannaford got these great photos with puppet building teacher Pasha and her puppet “He’s Dead Jim”. 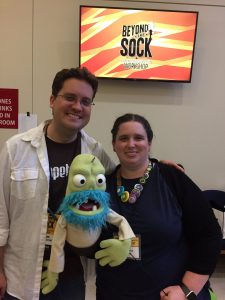 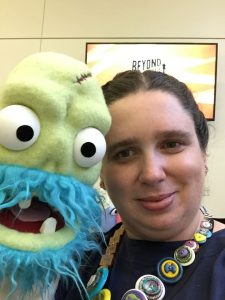 Here are photos of the final performance! 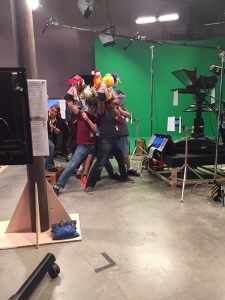 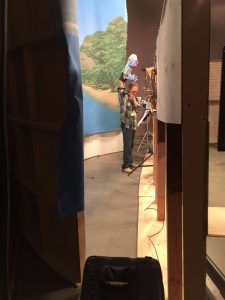 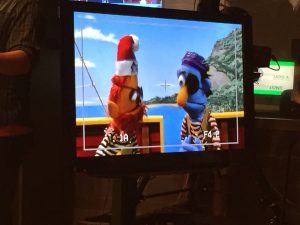 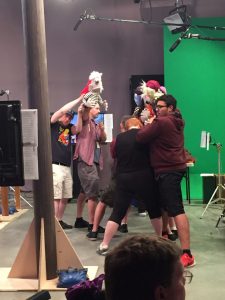 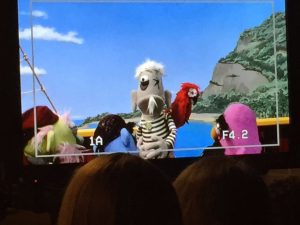 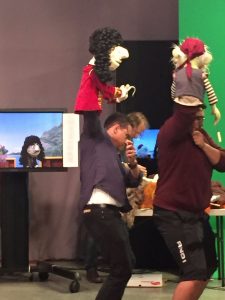 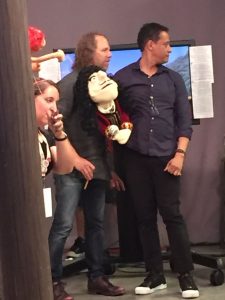 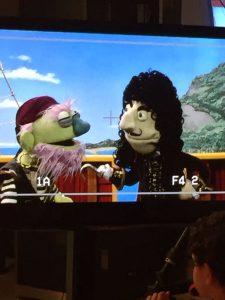 This is Captain Hook in all his glory! 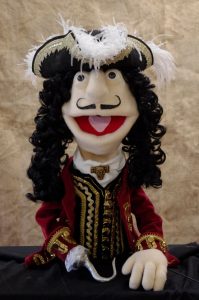 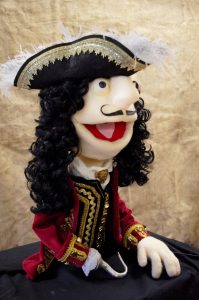 The group finale performance meant that there were 23 puppeteers and 2 teachers in a very small area! 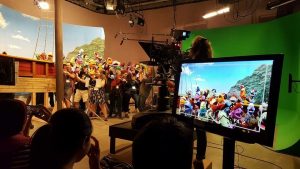 After the show, Miss Hannaford, He’s Dead Jim, and Captain Hook had pictures taken with her teachers Noel and Peter. 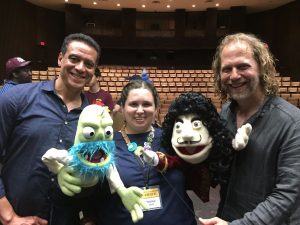 It has been a wonderful week full of laughter, games and lots of puppets! Tomorrow, Miss Hannaford, the puppets and I are flying directly home. Miss Hannaford is very tired so she will sleep most of the way home.

Until our next puppet adventure,