To get to Hill Top farm involved using several trains as it is very far away in the north of England in an area called the Lake District. Miss Hannaford organised for us to go on a professional tour so we could see all the important Beatrix Potter sights without having to worry about transport in such an unfamiliar area.

The first stop of the tour was a place called Kaiser’s lookout. Even though it was raining, the view was amazing! 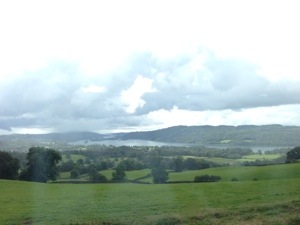 The big difference about the country here from Stoke on Trent is that the farmers use ancient dry stone walls to keep their sheep in rather than hedges. The weather is very serious here as the mountains are quite high so dry stone walls give better protection to the sheep from the gale force winds than hedges plus hedges don’t grow as well in the extreme cold here during winter. Dry stone walls refer to the fact that the walls have no mortar holding them together. The stones are stacked on top of each other and are built quite thickly so they can stand up. 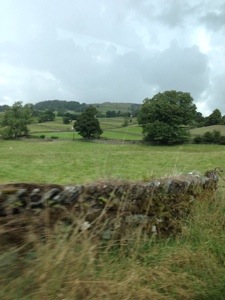 The next stop on the tour was Wray Castle. This looks like a real castle but it was actually built in the 19th century as a country home for a rich family who ended up never living here because they did not like what the architect had done with the towers. The parents of Beatrix Potter, who were very wealthy, rented the castle for summer holidays and Beatrix came to the castle as a child with her younger brother. It is believed that her first few books are inspired by her childhood holidays at Wray Castle. 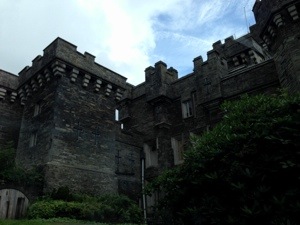 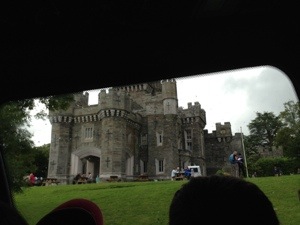 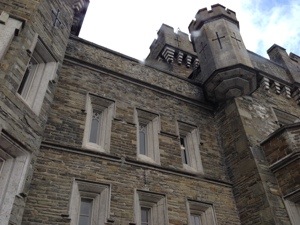 After Wray Castle we finally came to the place Miss. Hannaford’s has always wanted to visit since she was a small child- Hill Top Farm, the first home Beatrix Potter bought for herself and where many of her books were written. Unfortunately it was raining so we did not get to explore the garden other than to take a quick photo but Miss Hannaford was thrilled to see where Mr Samuel Whiskers tried to push Tom a Kitten down the stairs and the original dolls that were the models for Lucinda and Jane in the Tale of Two Bad Mice. she even found Wedgwood that belonged to Beatrix Potter in one of the upstairs rooms! 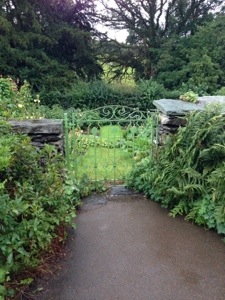 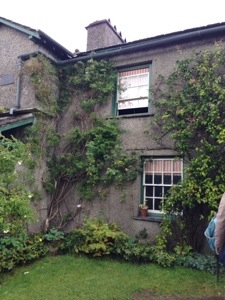 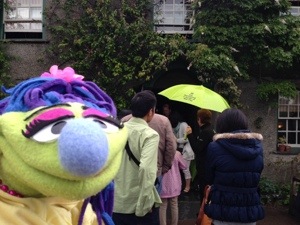 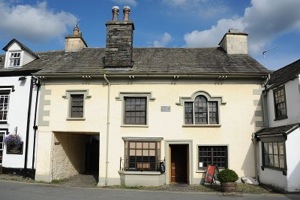 After Hawkeshead village we travelled to Coniston Water but on the way we got a high up glimpse of Yew Tree Farm. Yew Tree was also owned by Beatrix Potter but it was used as a double for Hill Top farm in the movie Miss Potter because the film makers were not allowed to change anything at Hill Top as it is a heritage listed building. You can see how high some of the hills are in the Lake District! 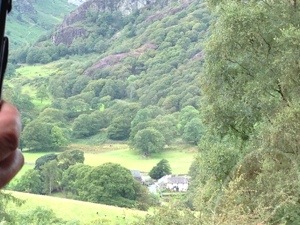 We then travelled down the hills and arrived at Coniston Water for a boat cruise. Coniston Water is famous as it where the water speed records were set in the 1960’s because the lake is 5km long and 800 metres wide at its largest point. The lake also gives wonderful views of the mountains including a mountain range called Old Man Coniston. 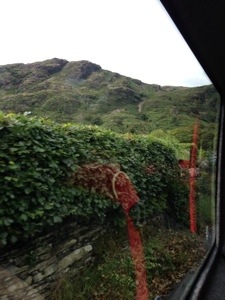 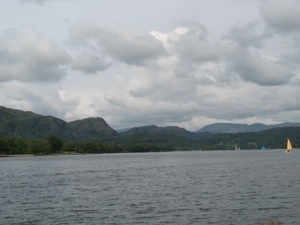 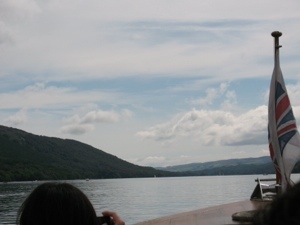 When we got off the boat, we walked through a very old garden and I got to see a real Scottish Thistle. The Thistle is the floral symbol of Scotland. 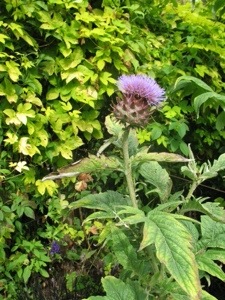 The last stop of the day was to drive past Yew Tree Farm at ground level so we could see how similar to Hill Top it is. Both Yew Tree and Hill Top are still working sheep farms and we got to see sheep being herded across the road we were driving on!
http://youtu.be/Q95V4kbBsp4

We both really enjoyed the day despite the rain! Miss Hannaford was even able to buy some Beatrix Potter books that were not in her collection and best of all they have a special sticker inside to show that they come from Hill Top! So it is another long train trip back to Stoke on Trent but it has been a great adventure!

Day 49: Friday 15th August
After all that travelling yesterday to the Lake District and back, and tomorrow being another really long day with another exciting adventure, today was a rest day so Miss Hannaford and I travelled into the nearby town to the bakery we found last week and bought ourselves some traditional English pies for our lunch. 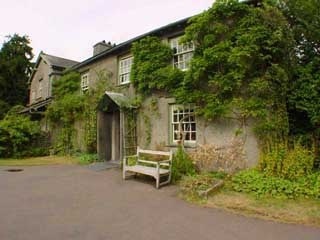