Monday 28th July
Today Miss Hannaford and I travelled 35 minutes out of London by train to Hampton Court Palace. This palace is famous because it was the main palace where Henry VIII lived as well as his daughter Queen Elizabeth I. Miss Hannaford is really interested in this period of English history called Tudor England. So much of our history was changed at this palace 500 years ago!

As you walk into the palace- you can see 8 animals holding heraldic shields representing the family crests of Henry and of his third wife Jane Seymour. 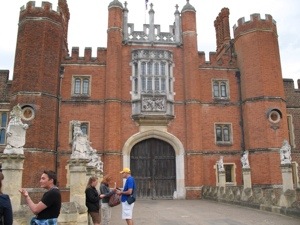 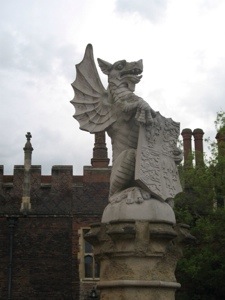 One thing I noticed as we walked through the gatehouse was a sign on the wall. I thought someone had spelt gatehouse wrong but apparently that is how the letter U was written during the reign of Henry and Elizabeth. 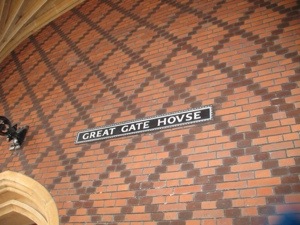 When you visit Hampton Court Palace, you are given a free audio guide machine to borrow and you can choose different tours if the palace. The first tour we chose was a tour of Henry VIII’s kitchens because we could smell delicious roasting meat in the courtyard! Henry’s kitchen is enormous! A royal court of the King, Queen, Lords and Ladies and servants is many hundreds of people so the kitchens have to be able to cook lots of food for them all! The fire place where the meat is cooked is so big that whole animals can be spit roasted! 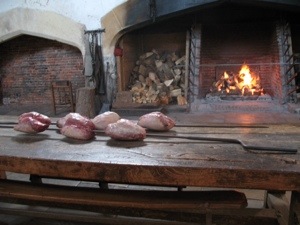 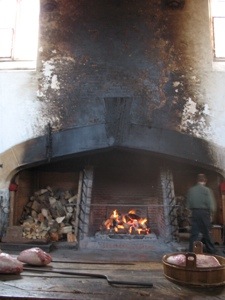 The next space we got to see was the Great Hall where the King and all his court would eat their feasts. Have you ever heard of the word eavesdropper- someone who listens to private conversations? That word started in this room! At the bottom of the arches on the roof of the Great Hall- at the bottom of the Eaves are little carved and painted wooden heads called Eavesdroppers. 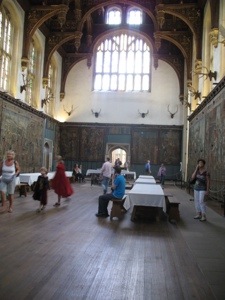 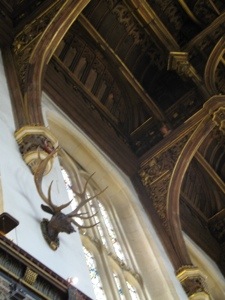 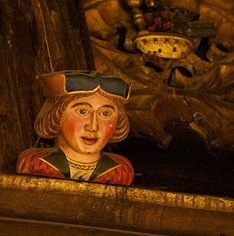 In one of the other rooms, we actually encountered an actor playing Henry VIII so it made our visit really interesting because the actor was expecting everyone to bow to him and call him your majesty and you can see that the ceiling in the room is covered in real gold! 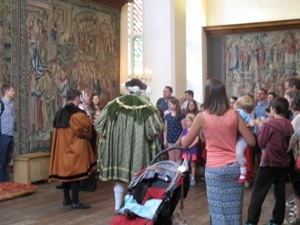 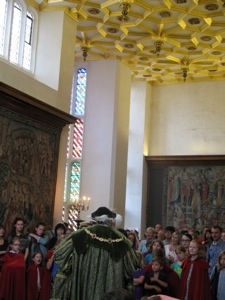 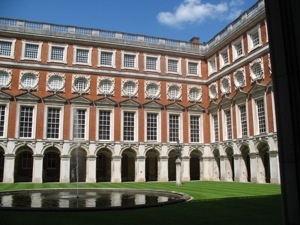 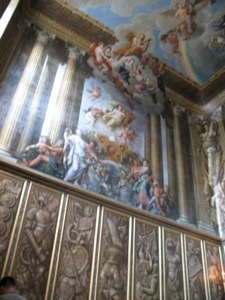 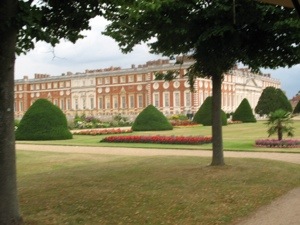 While we visited the other half of Hampton Court Palace we saw examples of the kinds of clothes people wore at the court of King George. We also ran into more actors playing Prince George and Princess Caroline who lived at the palace and they took us on a tour of the building and later gardens. 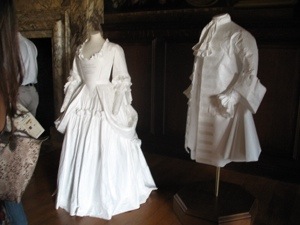 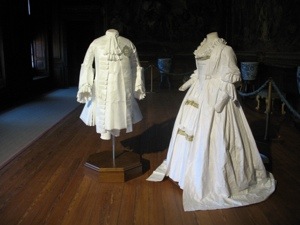 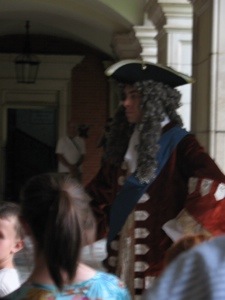 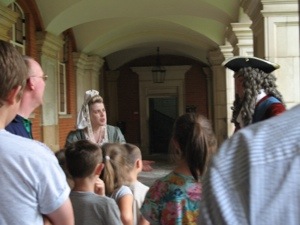 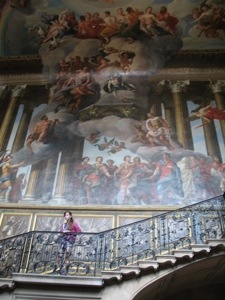 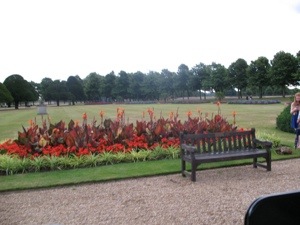 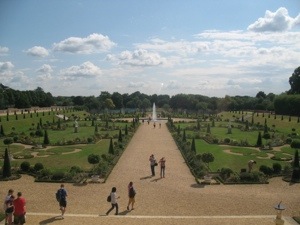 One of the special features of the garden of Hampton Court Palace is the maze made of living plants. It was too wet and muddy to go into the maze but it was possible to take photos of how the gardeners grow the maze as they are adding to the maze right now. 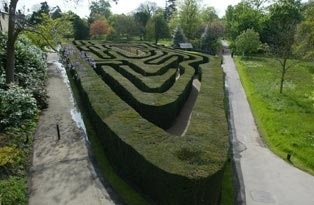 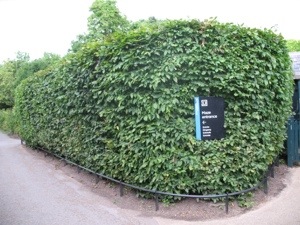 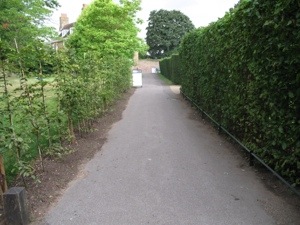