Day 9: Tuesday June 7, 2016
Today was the first day of the Beyond the Sock workshop!
The workshop started with everyone registering but everyone brought puppets with them so I had the opportunity make many new friends as well as catch up with friends I met last year at Beyond the Sock. 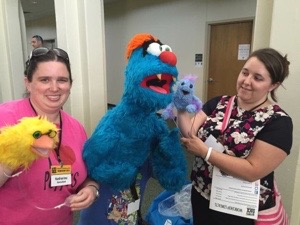 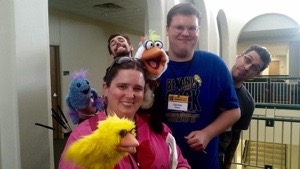 Once introductions were completed, we moved to the design studio where we started designing our chicken puppets by drawing and colouring versions of the puppet Miss Hannaford was going to make. Miss Hannaford has known for many weeks what type of chicken she wanted to make so she already had a few sketches finished before the course. 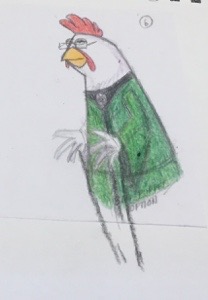 After designing the character, the students cut out their puppet pattern pieces

After class there was an informal get together of all the students, teachers and staff at the group hotel. Miss Hannaford not only invited me to join her at the party but she also brought another puppet she had made- my friend ‘Fire’- a carved African Mask puppet based on a famous puppet from the Harry Belafonte episode of the Muppet Show

Fire was not only very popular with all the students but he was also enormously popular with Miss Hannaford’s puppetry teacher Noel MacNeal! Mr MacNeal took these photos of my friend Fire- 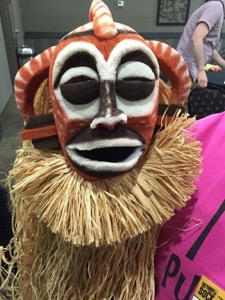 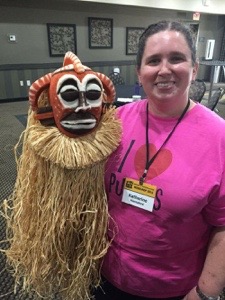 I also got to mingle with all the other puppets in the room while Fire was being admired. 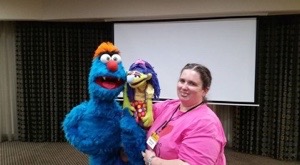 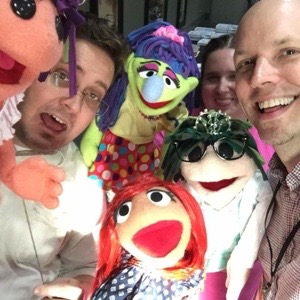 Day 10: Wednesday June 8, 2016
Today was the first full day for Miss Hannaford learning puppetry and starting to make her chicken puppet. Classes started at 8:30am and her morning class was held in a room with a long mirror along a wall so the new puppeteers could practise their hand movements. The thing that Miss Hannaford found challenging was redeveloping her lip sync techniques and keeping her hand still so that the lower jaw of the puppet is the only thing that is moving. The class practiced counting the numbers 1 to 20 many times while the two puppetry teachers, Martin Robinson and Noel MacNeal went along the line assisting each of the students. Other activities we did was learning to centre the puppet on the screen, following a ball around a screen to create the illusion of that the puppet is looking at things in the area.

After lunch, Miss Hannaford went over to the construction workshop to start building her chicken puppet. The process started by cutting out all the fur pieces so they could be sent to the sewing room where the volunteers see the pieces together. Nice all the fur was cut out, the next process was to cut out the pieces of foam that made up the head structure and glue them together. 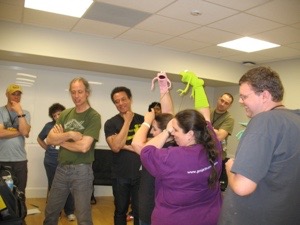 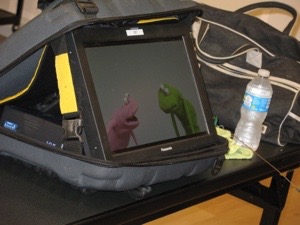 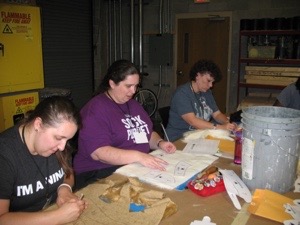 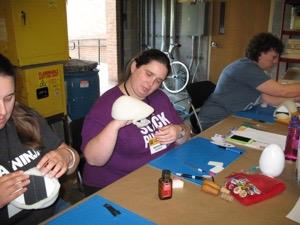