Day 11: Thursday June 9, 2016
Today’s workshop schedule was the same as yesterday’s. Classes started at 8:30 with puppetry but this time in the television studio! It was the first time we got to see the amazing new set for this year’s final performance- it was a spaceship! Miss Hannaford and the other Australian puppeteer in the group, Brett Hansen from Larrikin Puppets were first onto the set to take this great picture! 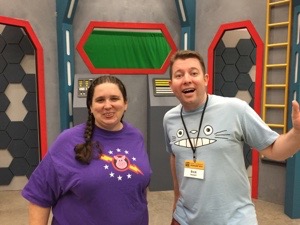 Today’s lesson focussed on using arm rods, sharing the tv frame with other characters including making bigger entrances and very small exits by utilising the whole frame as well as the space in front of the television cameras. 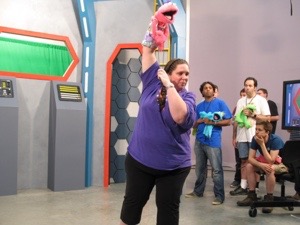 Miss Hannaford is performing my sister Molly Fino who also travelled with us to America. 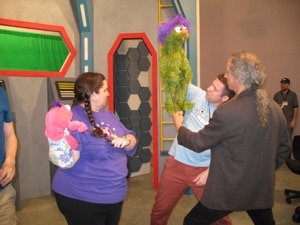 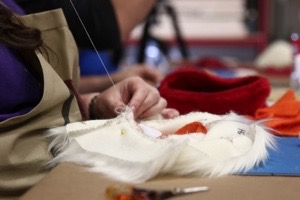 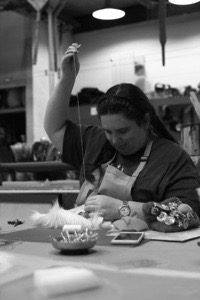 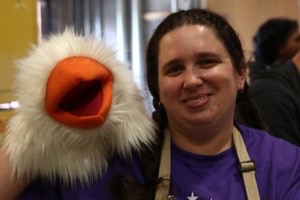 Day 12: Friday June 10, 2016
Much like the last few days, today was the same routine Puppetry class in the morning followed by construction class in the afternoon. Today’s puppetry class focussed on developing character in the puppets through movement. We learnt how to create the illusion that the puppet sits down in a chair or uses a double take for comedic effect. We also learnt how to make it look like the puppet is sleeping or trips and falls over. It was also really exciting because the class got to hear the group song that we were going to perform on the last night in front of an audience! Miss Hannaford became really excited when she was told that she had one of the lead roles in the song! It is her first ever puppetry role!