Day 3: Tuesday 19 May 2015
First day of Beyond the Sock! The workshop didn’t start until midday so Miss Hannaford and I went to visit the local Home Depot which is a hardware store bigger than Bunnings or Masters! Miss Hannaford was looking for some hardware for her robotics project and she got some really useful advice about what she was looking for. 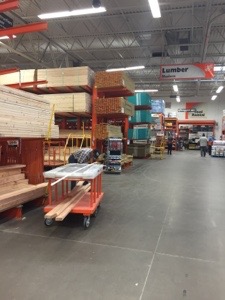 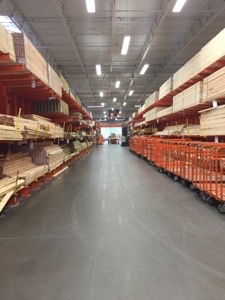 It was then time to meet the other attendees at Beyond the Sock! There are 18 other humans and about 30 puppets in the group. Nearly all of us are staying at the same hotel so we caught the hotel bus together to the University of North Texas Theatre and Television department. Miss Hannaford was really excited to meet people in the real world that she knew only through her online puppet groups!

We met our instructors, got to see the TV set we were performing in and the workshop room we were making our puppet monkeys in!

The first activity was to design our monkey character. Each human attendee was given a card with a fur/ fleece code on it. Miss Hannaford was given 8B which was purple fur with light grey skin! She then had to decide what sort of character the puppet would be. The TV set is of a building on a tropical island with a fruit stand.

Miss Hannaford decided that her Monkey would be a tourist visiting the island, so her design included a small camera and the character would be wearing a tourist t-shirt.

The day ended at 5pm so all the humans caught the bus back to the hotel for an official meet and greet of everyone involved in Beyond the Sock. Miss Hannaford and I met two famous puppeteers who actually perform Muppets and Sesame Street characters! One is Noel McNeal who is most famous for performing the character of Bear in Bear in the Big Blue House and the other is Peter Linz who performed the character of Walter in the two newest Muppet movies! Peter Linz even asked Miss Hannaford if he could pick me up and perform with me! 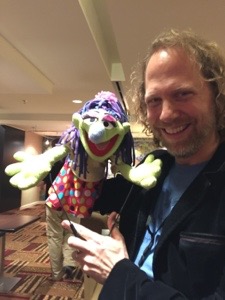 I also met many of the other puppets and their human companions. We took lots of “selfies”. 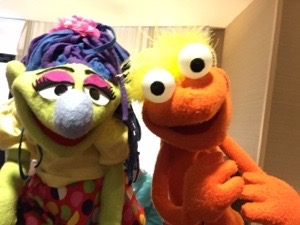 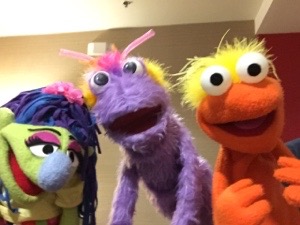 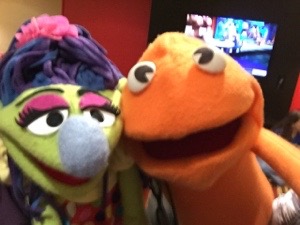 I had such a wonderful day! I can’t wait until tomorrow!

One thought on “Lucy in Texas: Day 3”