Day 83: Thursday 18th September
Today Miss Hannaford and I visited the National Puppet Theatre in Prague. Czech puppetry is very different to other forms of puppetry around the world in that the puppet has a metal rod coming out of its head that connects to the control handle as well as strings to move the hands and feet.

Miss Hannaford is a member of the International Puppetry association called UNIMA so we were given the rare opportunity to go under the stage at the National Puppet Theatre to see their collection of old puppets and puppet costumes. Some of the puppets are over 100 years old and some of the costumes are nearly 100 years old.

This is the special sign at front of the theatre 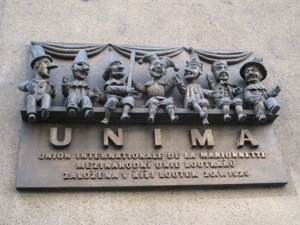 The characters are important traditional puppet characters from different countries (from left):
Techantches from Belgium
Pullcinella from Italy
Punch from Great Britain
Kasparek from Czech Republic
Petrushka from Russia
Guignol from France
Kasperl from Germany

Miss Hannaford was allowed to photograph the very old puppets under the stage. All of the puppets have been hand carved out of wood including the faces but the carving has been made so smooth that you can’t tell that they have been carved. Because all the puppets are made of wood, they are very, very heavy. 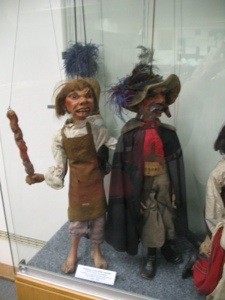 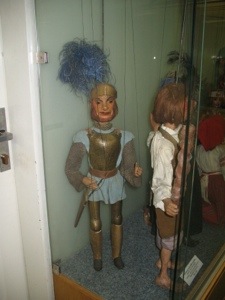 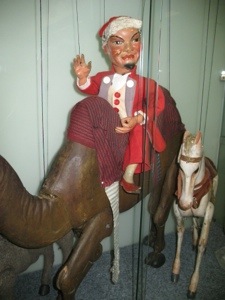 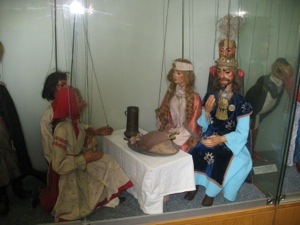 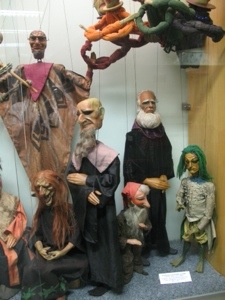 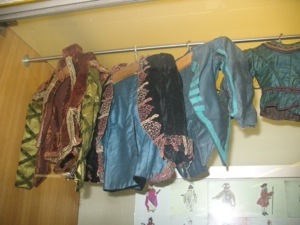 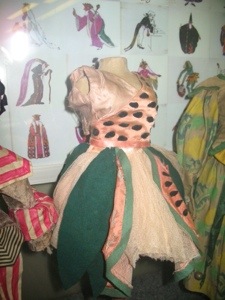 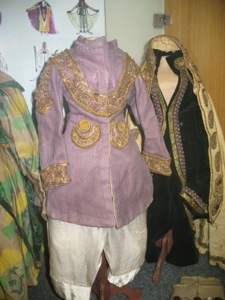 After we finished under the stage, we were invited to come back tomorrow and see their resident puppet show- Don Giovanni performed in the original Italian. We accepted their kind invitation!

After visiting the theatre, we walked across the Charles Bridge- a very famous pedestrian only bridge. At each end of the bridge is a huge stone gateway and along the bridge are lots of bronze statues of famous religous figures. You can also get a really great view of Prague Castle up on the hill. 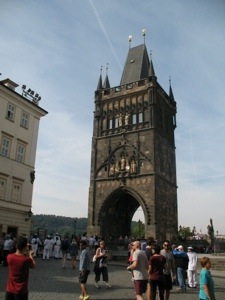 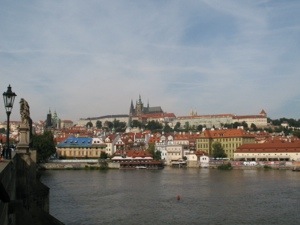 Hidden at the end of the bridge is a famous puppet shop called that Miss Hannaford had been told is the best place to buy puppets in Prague. It has lots of different characters but Miss Hannaford really liked the robots so she bought one! 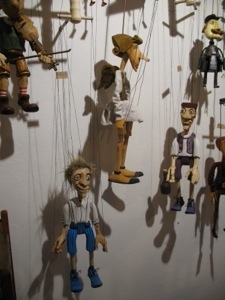 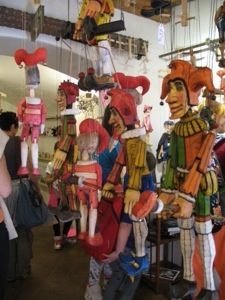 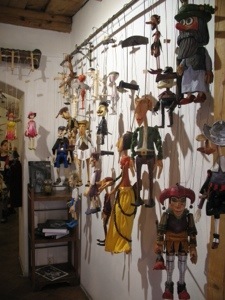 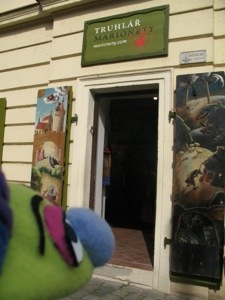 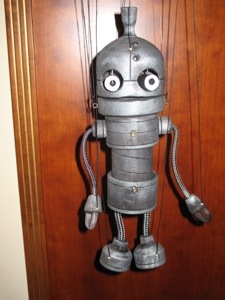 Our last stop for the day was to visit St Wenceslas Square and to see the statue of the Patron Saint of Czech Republic- St Wenceslas. 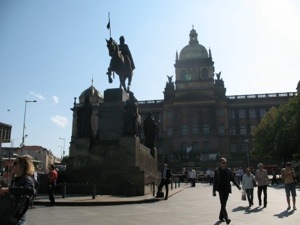 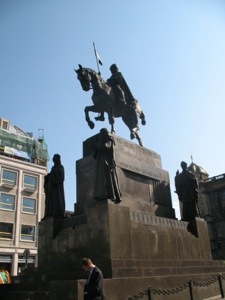 It has certainly been a very puppety day!
– Lucy